On a site I follow the author was sharing how she met her husband so I decided to write out the story of our meeting to share with you. I’d love to hear how some of you met too so feel free to write about it in the comment section.

Thirty plus years ago friend at church wanted me to start going with her to a singles group at another church. I didn’t like the idea at all but she didn’t want to go alone so I finally gave in and went – once. It seemed like a bar scene without alcohol – a bunch of rats, looking for the right rat to be with and I hated it. So I set about seeking the Lord. I didn’t want to let my friend down but I just couldn’t see continuing to go. In my prayer time I reminded the Lord that I was 34 – not getting any younger – my heart’s desire was to be a wife and mother – biological clock ticking and all that.  In my heart I felt His answer was, “If you are busy doing what I’ve given you to do, when you are ready for marriage I’ll bring your husband to you.” OK – I told my friend no more singles group for me. I was busy – involved in several ministries – to single mothers, women’s prison – happy and growing. I worked fulltime too so I really didn’t have a lot of time to spare.

About 6 months later I met a Christian man who asked me out. We dated a few times and he thought I was the one for him. I wasn’t so sure! Can you believe that? My friends all thought I was crazy! He was charming – good looking – Christian… what more did I want? Well, he had two flaws that really bothered me – he was good looking – and knew it! He also took a few short cuts financially – like writing out checks before he actually had the money in his account. Now at 34 my friends thought I shouldn’t be so picky since I wasn’t perfect either and I wasn’t getting any younger. So… I said I would marry him. But I couldn’t. I’d had enough bad relationships that I knew I would rather be single than in a bad marriage. So in spite of all the urging of my friends and family I gave him his ring back.

Truthfully – it was a terrible time. I thought I would lose all my friends and family. They frankly thought I was just being stupid.

But God… I had total peace. I knew if the Lord was trying to put that relationship together he would change him or me and I would be able to go back without the doubts.

During that year I had been praying with a Christian woman who had had a nervous breakdown. When she was ready to go home her husband told her he didn’t want her back. A friend introduced us and she rented the apartment next door to me in the 500 unit apartment complex that I managed. We prayed often that the Lord would change her husband’s heart and that he would take her back. One day she came to my office and told me that she her he called and asked her to come home. We were delighted – but she still had about 6 months left on her apartment lease. I assured her that if the Lord was going to put her marriage back together he certainly had someone to finish the lease on her apartment.

The next day – yes, the very next day – two young men walked into my office looking for an apartment. A friend of mine had told them he knew a Christian woman who managed apartments and they should check it out. The only one I had available was right next door to me – where the Lord had healed a marriage the day before!

Long story short – they rented the apartment. Our mutual friend had told them they really should hear my testimony so a few weeks later Dan (my husband) asked me out for coffee and asked to hear my testimony. For the next year we were just friends – we spent evenings sharing our favorite Scriptures and why they were special to us. He read books to me. He was a poor student and so cute – he would ask me to go along to wash his car or to watch him mud a ceiling. Neither of us went into this thinking it would ever be anything but friendship – especially me since Dan is almost 10 years younger than I am.

After about a year he asked me out for breakfast and told me that he thought he felt more than just friendship toward me and wanted to know what I thought of that. Well, I had been talking with our mutual friend for several weeks and praying that I wouldn’t be a foolish old woman – with the emphasis on foolish and old! Ross, our friend, just kept telling me to wait and see what the Lord was going to do.

We took two years and sought much council – mostly because of our age difference, but we did get married 3 years after we met. Most important to me is that Dan is above reproach in every way. If anything he is overly conscientious. I never have to question his faithfulness or character.

So how’s that for the Lord fulfilling his word to me:  “If you are busy doing what I’ve given you to do, when you are ready for marriage I’ll bring your husband to you.”

Not only did he bring him right into my office but he put another Christian’s marriage back together so we could meet and live next door to each other for several years.

And for those of you who are still hoping for that someone special – Keep busy doing all that the Lord has given you so He will know right where to find you when the time is right. Don’t waste these years just waiting – serve while you. 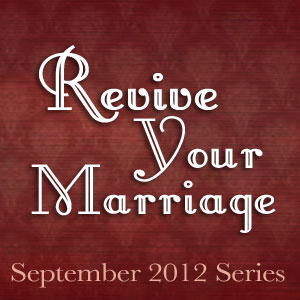